FREE NEXT DAY DELIVERY ON ALL ORDERS OVER £49

Introducing the American Grocery Store, your one-stop shop for finding all of the best goodies from across the pond.

The Growler family have been buying, selling and shipping food for well over a century, gathering a wealth of knowledge on the way. We have launched a site to sell YOU the products we know you want, not loads of items WE THINK you might like.

We’ve designed the site so you can always find your favourites. Check out our New Arrivals for seasonal classics, offers, and limited edition items.

After something in particular? Peruse our brands to source just what you need. For some inspiration, you can also check out everything we offer by the type of food to try, or something new.

Fancy something sweet? Candyholix has it all! Scroll through countless candy options or browse by type or brand to really satisfy your sweet tooth.

Our newly designed website sports bright and engaging imagery to showcase all of our products. Plus, it’s easy to navigate and complete with sliding category boxes. You can find links on the header as well as the footer for quick navigation. The interactive movements give our website a modern take on an authentic (and old) grocery store.

While you’re here, be sure to check out Our Story, the Park Rules, and head over to our FAQs for any answers you need, or questions you wish to ask.

We often get asked why it’s called “root beer.” Over the years, I have also heard many replies, rumours, and myths as to where it got its name. The main theme being that it is descended from a herbal remedy with magical powers to cure ailments.

Well, there is an element of truth in this. Food historians say that the first rendition of root beer was actually referred to as “small beer.” Shakespeare even mentions it. Likewise, Benjamin Franklin and George Washington also enjoyed small beer, sometimes even with breakfast. The small beer recipe varied over time but was always a fermented tea brewed with bark, berries, and herbs. This tipple was widely popular in medieval Europe because water pollution was so common and made people sick.

From there, it became the task of many 19th century pharmacists to develop a miracle “cure-all” drug. In fact, many of the soda brands available today began with these attempts, including Coca-Cola. Some food historians believe that root beer was among these attempts as it was offered as a syrup to accompany their cordial. It most likely tasted much like the cough syrup of today.

Charles Hires is credited as the creator of root beer, although many varieties existed at the time. However, he actually sold dry packages of the tea mixture to consumers in his drug store. Then, he came up with a liquid concentrate that people could mix in their water. It was called Hires Root Tea.

Fast forward to 1919, Roy W Allen honoured the war veterans’ homecoming parade with a root beer stall in Lodi, California. He used a recipe from a local pharmacist and it was very successful. He went on to open an additional five market stalls. In an intelligent business move, he soon partnered with Frank Wright and they together opened a chain of franchised restaurants. Using their initials, A&W Root Beer was born.

Their franchise grew to 170 different restaurants and one was owned by Alice and John Marriott. Based on the success of the restaurant, they opened the Marriott Hotel next door. Suffice to say, business boomed.

Nowadays, root beer is enjoyed by the masses for is sweet and rich flavour. In addition to its vibrant history, it also has an interesting present. Root beer can come alcoholic or non-alcoholic, carbonated or not, or even paired with ice cream for a delicious root beer float. 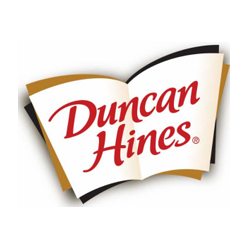 We all know Duncan Hines as the brand for delicious and fluffy cakes that are a cinch to make. However, there’s more to this brand than just the box.

Duncan Hines, born in 1880, was actually a travelling salesman from Bowling Green, Kentucky. Of course, life on the road meant living from hotel to hotel and eating at roadside restaurants. With the good food came the bad which was the perfect content for his 1935 book, the Adventures of Good Eating. He later went on to publish books on the best hotels and motels throughout America.

Adventures of Good Eating took the reader on a tour through his favourite places and highlighted all the best dishes. With this under his belt, Hines was inspired to bring great food to everyone. He teamed up with Roy Park to establish Hines-Park Foods Inc. Eventually bought out by Proctor & Gamble, the Duncan Hines label lived on and introduced a line of cake mixes.

With such a great devotion to great American food, a section of Route 31 West in Bowling Green was named after him. It is officially known as the Duncan Hines Highway. 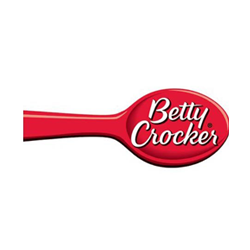 Do you know Betty Crocker? If you’re trying to imagine the woman on the food label, you’re on the right track. In fact, that’s the only place anyone has seen her. The name Betty Crocker was actually developed by Washburn Crosby Company, a flour milling business in America. In 1921, they came up with a successful way to market their products. By using the name Betty Crocker, they gave a personalised touch to their consumers. The legendary figure actually takes the surname of William Crocker, one of the directors of the Washburn Crosby Company.

Betty would field questions about how to ensure cakes will rise and get the fluffiest pancakes. She’d even share her favourite recipes with the public. Her popularity soared and she became the face of the brand, literally. A depiction of Betty Crocker, to represent a wholesome and knowledgeable American homemaker, adorned their packaging and marketing.

However, Betty Crocker is not based on any single woman. The painted portrait actually combines 75 real women, all with diverse backgrounds and a range of ages. With subtle changes over time, Betty always looked sophisticated with short brown hair and the iconic red jacket with white shirt.

These days, Betty Crocker’s iconic portrait has since been replaced with a red spoon that bears her name. However, she lives on through all of the delicious recipes.

NEWS UPDATE: WE HAVE EXCITING THINGS PLANNED IN 2021, INCLUDING NEW STOCK RANGES AND BETTER PRICES, MAKING US THE MOST COMPETITIVE STOCKISTS OF AMERICAN CANDY AND GROCERIES IN THE UK (AND BEYOND). PLEASE NOTE THE NEW POSTAL RATES FOR THE EU COUNTRIES HAVE COME INTO FORCE SINCE BREXIT. ALSO, WE ARE ADVISED BY OUR COURIERS THAT THEY ARE EXPERIENCING DELAYS WITH THEIR DELIVERIES, SADLY SOMETHING OUT OF OUR CONTROL. Dismiss